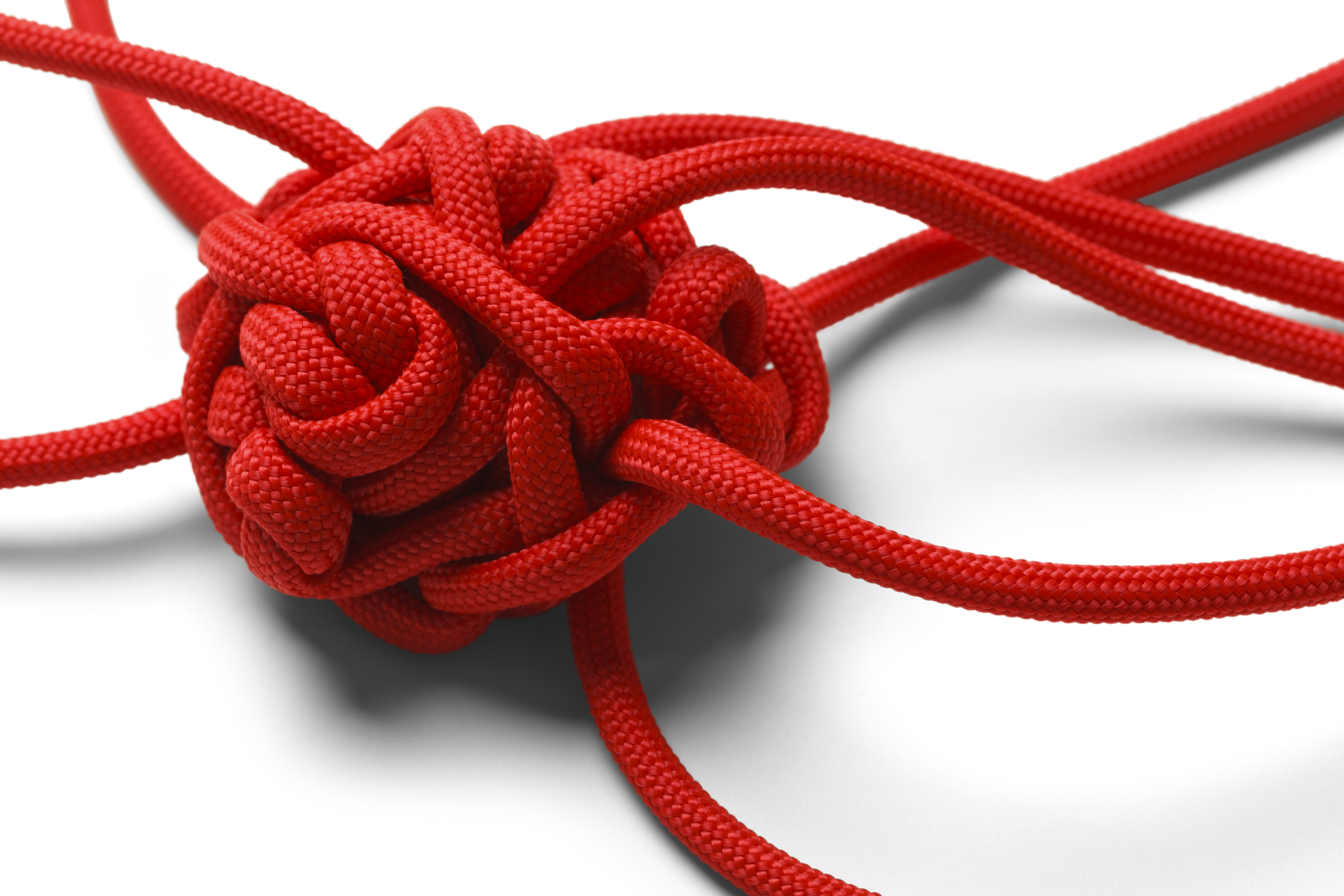 What Do Tangled Ropes and Breaking Habits Have in Common?

I don’t specialize in breaking habits. The process, I’ve long believed, is different from creating new habits. But in the last couple of weeks, I’ve had some insights about breaking habits.

Let me start with a metaphor: the “Tangle”

Imagine you have a rope that is tangled in a big knot. How would you get out the tangle?

First of all, you would *not* expect to suddenly have the tangle vanish, no matter how much you wanted it so. Instead, you would take a slow and steady approach. And you’d probably start with the most accessible part of the tangle first, then work your way to tangles that are deeper. Eventually, you would be free of the tangle. Your result came from solving one problem, then another, then another. Baby steps.

I’m starting to believe this is a good metaphor for undoing bad habits. When it comes to something like smoking, or procrastinating, or overeating, those are not single behaviors. They are a mesh of interlocking behaviors, like a tangle. And you can’t resolve them all at once. You must work on the myriad behaviors, changing them one by one until the habit “tangle” is resolved. In other words, planning and patience matter. Shame and guilt are useless.

Let me give an example:

(Warning: I’ve never been a smoker, and I’ve never coached anyone to quit smoking, so this example may not be accurate.)

I suspect that the smoking habit starts tiny and it multiplies. Eventually, smoking is really a bunch of tiny habits, not a single habit.

People who are trying to break the “habit” of smoking (I used quotes because I think we need to have a better word for this tangle) usually have to break a bunch of specific habits related to smoking. For example, smoking during a morning work break is different from smoking with friends at the bar. Those are different behaviors.

If I were coaching someone to quit (again, I have no experience here, so indulge me, okay?), I would use the tangle metaphor and I would have them identify the simplest snarl they can iron out first. Perhaps that would be smoking during the work break. Once you’ve replaced that habit with something else, move on to the next smoking snarl, and so on. For the toughest snarl (perhaps smoking at a bar with friends), I’d say save that for later, just as you’d save the deepest tangle for late in the process.

I’m going to keep thinking about this metaphor. I like that it helps people see that a bad “habit” is more than one behavior. And I like that the tangle metaphor helps people see they need to plan and persist — and that each snarl you undo gets you closer. The fact that you can’t untangle everything at once is okay. And therefore, you shouldn’t feel bad. You should just keep going, seeking a series of small successes.

In that way, my work on Tiny Habits may have a lot in common with breaking bad habits. I didn’t think that way a year ago, but now I’m at least going to give it more thought.

BJ Fogg, PhD, is the founder of Tiny Habits. He directs the Persuasive Tech Lab at Stanford University. A psychologist and innovator, he devotes half of his time to industry projects.

At his Stanford lab, the Persuasive Technology Lab, they focus on methods for creating habits, showing what causes behavior, automating behavior change, and persuading people via mobile phones.

BJ teaches his Behavior Design Boot Camps, two-day events at his guest home, hidden away on a river in Northern California.

Fortune Magazine selected BJ Fogg as one of the “10 New Gurus You Should Know”.

You can learn more about BJ at bjfogg.com

My main way to defeat my momlife to do list #sobasic

My main way to defeat my momlife to do list #sobasic

Are Your Habits Hurting Your Brain? Part 1

What Do You Mean By Dance?

What Do You Mean By Dance? By Robin Zander My friend Ben Weston teaches men…